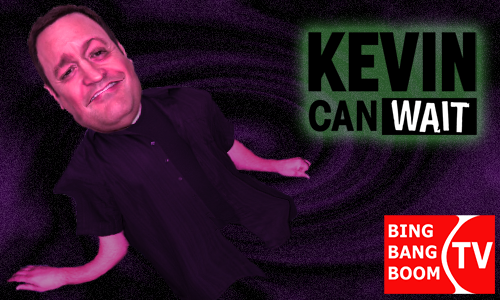 Kevin regrets his trip to the woods as he floats in a void of despair after the shadowy figure removed Kevin from existence. His internal monologues of shame are punctuated by flashes of an existence he never knew wherein he delivered parcels for a package delivery company. 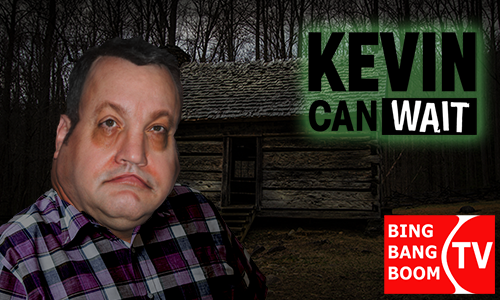 With his detective agency shut down, and more and more of Kevin’s reality in shambles, he makes a last-ditch effort to return things to the way they used to be by venturing off into the woods where a cabin is said to appear every full moon. Kevin enters the cabin and speaks to the shadowy … END_OF_DOCUMENT_TOKEN_TO_BE_REPLACED

The local police are flabbergasted as multiple cases of people waking up with their spleens missing go unsolved without an clues. When Chale becomes victim number ten, Kevin takes the case! As the police pursue a local black market organ harvesting ring, Kevin decides to investigate a mysterious footprint that leads him to an ancient … END_OF_DOCUMENT_TOKEN_TO_BE_REPLACED

With the Gable children completely wiped from existence, Kevin decides to call upon help from the only man-spirit who could possibly help track down his kids: Santa Claus (Jim Belushi)! When Santa arrives, the two discover that whatever is causing Kevin’s reality to warp has also summoned an unwelcome guest—The Krampus.

When Kevin goes outside to grab the morning paper, he is greeted by Lou Ferrigno, who claims to be his neighbor. The two get to talking and Lou reveals that his sense of reality seems to have been warped ever since he went to a voodoo cult. Kevin then grabs the family dog formerly known … END_OF_DOCUMENT_TOKEN_TO_BE_REPLACED 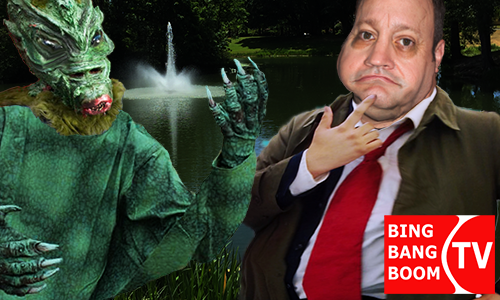 What he thought would be a relaxing day of rest down by the lake turns into yet another case as Kevin encounters a giant humanoid monster carrying a woman through the woods. Chale considers a new career in real estate, while Kendra begins to fade out of existence. 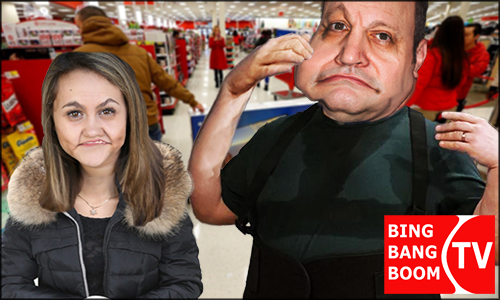 It’s Black Friday, and Kevin and the family head to the mall for some shopping. When a crazed shopper tramples Sara, Kevin tasers the man and discovers a small parasite attached to the back of his neck. Perhaps theres a little more to the shopping mania than just modest savings on everyday goods.     … END_OF_DOCUMENT_TOKEN_TO_BE_REPLACED

When the star of a popular political thriller’s teenage boy pages keep mysteriously disappearing, Kevin decides to go undercover to investigate the case. Landing an acting role under the assumed name “Kevin James”, Kevin puts his sleuthing skills to the test and discovers that the actor may be an inter-dimensional space monster.

Kevin’s grasp on reality continues to crumble as he hears grumbling in the basement. When he grabs his pistol and heads down, he discovers an old man (played by guest star Jerry Stiller) who claims to be his father-in-law.

After having a dream where he was married to his former detective partner Vanessa Cellucci (Leah Remini), Kevin gives her a call and asks her out. When the waiter asks to see their IDs after ordering some wine, Kevin notices that the name on her license says Carrie Heffernan, leading Kevin to investigate who this … END_OF_DOCUMENT_TOKEN_TO_BE_REPLACED

When Kevin wakes up in a package delivery uniform, he decides to look into the rumors that a nearby package delivery warehouse is storing footage of the JFK assassination taken from the grassy knoll. Along the way, he discovers a man called Spence Olchin, who claims to be a buddy of his. Despite having no … END_OF_DOCUMENT_TOKEN_TO_BE_REPLACED

After a string of mysterious prostitute murders on the lower east side, Kevin is called in to investigate. When he notices a Victorian robe in Jack’s closet, Kevin begins to wonder if his son Jack is really the reincarnation of the elusive Jack the Ripper. 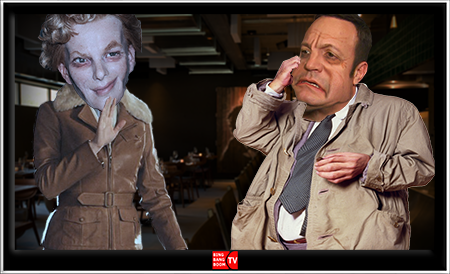 With Donna back home in the body of the family dog, Kevin decides to seek out some human companionship. Kendra tells Kevin about the dating app Tindr, where upon he discovers a date that he suspects to be the specter of Amelia Earhart. 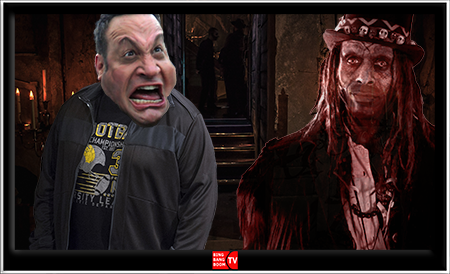 An unfortunate accident at the anvil company leaves Donna dead, and the Gable family coming to grips with life without her. Chale and Kendra focus on the funeral arrangements while Kevin sets his sights on a local voodoo death cult that claims to know a way to bring Donna back from the dead.

Kevin and his new clients Raj and Sheldon go out to the desert and catch a glimpse of the mysterious figure who captured Leonard. When Kevin notices Raj’s strange reaction to seeing the figure’s face, his investigation changes its focus to Raj’s recent past. Meanwhile back home, Jack investigates Chale’s gambling habits.